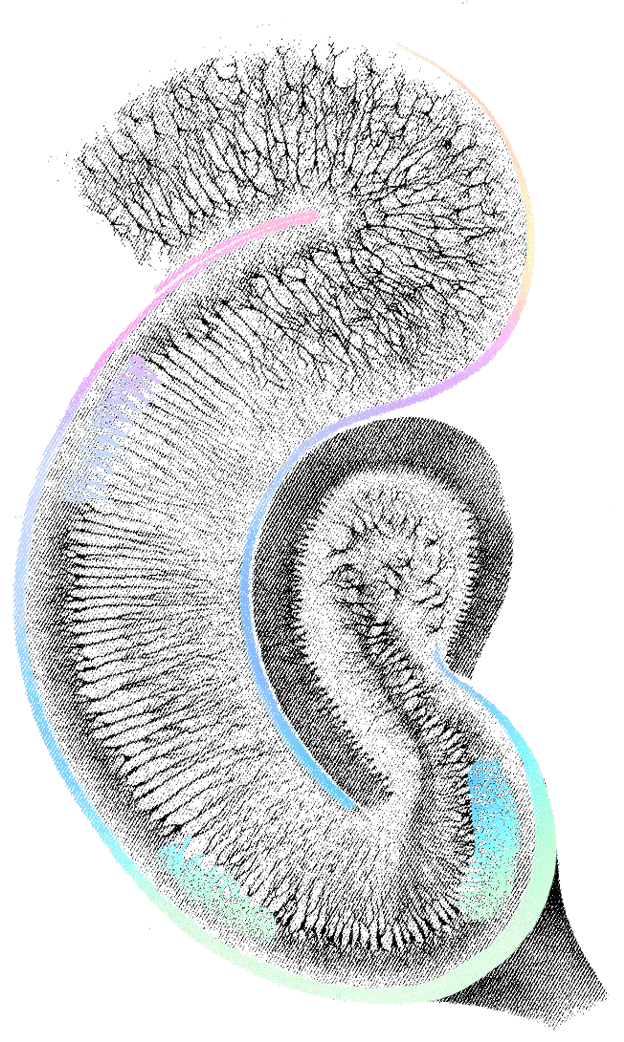 A web of communication that allows you to move, think, feel and sense.

There Are 86 Billion
Neurons in Your Brain

Neurons send and receive information. Although neurons come in many different types, they generally have three parts: a dendrite which receives a signal, a cell body called a soma which computes the signal, and an axon which sends a signal out.

Neurons Are Connected
Through Synapses

The neurons of your brain connect to each other to send and receive signals through axon-dendrite connections called synapses.

Action potentials cause synapses to release neurotransmitters. These small molecules bind to receptors on dendrites, opening channels that cause current to flow across the neuron’s membrane. When a neuron receives the ‘right’ combination of spatiotemporal synaptic input, it initiates an action potential.

We Can Record Electrical
Signals in the Brain

We place electrodes near neurons in order to detect action potentials. Recording from many neurons allows us to decode the information represented by those cells. In the movement-related areas of the brain, for example, neurons represent intended movements. There are neurons in the brain that carry information about everything we see, feel, touch, or think.

Why do electrodes need to be connected directly to the brain?
Neural activity can be monitored from outside the head using non-invasive techniques such as EEG. With these techniques, each channel records the summed activity of millions of neurons, which means the details are blurred away. Imagine experiencing a sports event through a microphone placed outside the stadium. From the roars or groans of the crowd you can tell when something good or bad happens to the home team, but you'll have a hard time distinguishing whether they scored or made a great defensive play. And you certainly wouldn’t be able to hear what individual people were saying about the game. The same is true for recording from the brain: recordings made at a distance provide some useful, high-level information, but to access fine-scale information, you need to be close to the source. Here, that means recording action potentials, or voltage “spikes,” from individual neurons. Currently, that can only be done by placing electrodes inside the brain.

How does neural stimulation work?
The knowledge that electric currents activate muscles and nerves is almost as old as knowledge of electricity itself. When small currents are delivered through an electrode, the changing electric field drives nearby neurons to fire one or more action potentials. By stimulating in the right temporal sequences across many electrodes, it is possible to create patterns of activity that elicit a desired sensation, for example the feel of an object in the hand or a visual image. Stimulation can also reduce or eliminate the pathological patterns of activity that occur in neurological disorders, such as reducing movement deficits in Parkinson’s disease.

Interfacing
with the Brain

Neuralink is building a practical brain-machine interface for a wide range of applications. See how our technology will work.